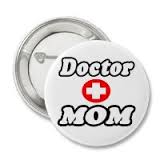 Have you ever, as a parent, just sensed that something was off with your child’s health even when no one else could tell?  Moms (and many Dads of course- but I’m writing from my perspective) are often more in tune to their child’s behavior and feelings than even a doctor.  Every child reacts differently to illness and parents need to advocate for their child’s care.  Some people may call you paranoid but it can be dangerous to ignore your gut feeling.

Recently, my older son scraped his knee.  This is something very common and I usually don’t worry but this time the cut started to heal oddly.  He was getting strange bumps and boils around it which we first attributed to bug bites since he plays outside a lot.  After a few more days of observing I started to get concerned.  During this time he was also behaving strangely for him.  I found him sitting with a blanket while watching TV when he is always hot.  No one else would have thought anything since he was still energetic and chatty but I know that he often seems like the energizer bunny even if he’s sick.  I checked and he had a low-grade fever but it passed.  He was back to ‘normal’ but I felt uneasy about him and started worrying that maybe the strange scrape and bumps could be something worse.  I took him to the doctor and found out he had MRSA which is a serious staph infection that is resistant to many antibiotics and can be very dangerous if not treated.  MRSA used to be very rare except in hospitals but sadly it is becoming more common in communities as well.  It often takes switching many antibiotics before it is cured.

Between the date of this injury and the visit to the doctor, my son got about 3 more scrapes.  He’s an active and fearless boy and there isn’t much I can do besides putting him in bubble wrap.  Despite these boo-boos being pretty harmless and routine around here, I had to use my super-Mommy senses to realize when one of those cuts was no longer harmless.  I’m really glad I played Doctor Mom and started researching Staph infections and bug bites to try to figure out what might be going on.  I know we can get carried away with Web MD and googling health issues but sometimes it is important to be informed and to at least know when to go to a doctor.

We have had other similar issues in our home where there were no fevers and typical symptoms of an illness but my kids were acting crazier than usual and I know something was off.  Almost every time I was right even though an outsider would never believe my child was unhealthy.  Everyone is different and it is important to know how your child reacts when they are not well.  I’m not saying be paranoid but not everything is harmless, so be alert!

I'm a stay-at-home/sometimes working mom who has lots of opinions on Entertainment, Books, Parenting and Life in general! My thoughts stem from my experiences as a former career professional, mom, wife, and as a wacky, wonderful, woman! Friends have told me for years to share my thoughts publicly about the latest movies and TV shows so I finally am but I have lots of other thoughts to share so now I ramble here...
View all posts by Reena →
This entry was posted in Health, Parenting and tagged bug bites, doctor mom, Methicillin-resistant Staphylococcus aureus, MRSA, Sick kids, Staphylococcus. Bookmark the permalink.